Given the ongoing developments in electronic music, and after years of stalwartly attempting to buck this trend, I think we’re just going to embrace it whole-heartedly, although admittedly we are awfully late to the party.  Unfortunately for everyone, when Gibson recently decided to attend CES, eschewing a booth at NAMM to better position themselves as an Consumer Electronics and Lifestyle brand, we figured this is now irreversible, and, well, if you can’t beat ’em, join ’em! 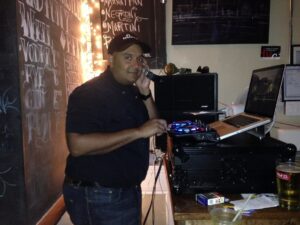 Enter DJ Maestro JD who several years ago, in what I can only presume was an opioid and racket-sport induced bender, created this little ditty using our song Hyperspaces as source material.  He promptly forgot about it, and it surfaced recently at a rehersal while we were attempting to look up old songs.

The result is some of the most interesting and contemporary music we have managed to create in some time.  Unfortunately this is also causing me to have something of an existential crisis, as:

a) Jay is almost certainly the most musically talented member of the band.  A fact that has been hidden by the fact that up to this point we have only heard him hitting things with other things.

b) This makes me question our entire musical approach and makes me want to scrap all new music writing and just take our other songs and do this to it.

d) I have about 40 guitars I’m going to need to sell to aging baby boomers before the bottom falls out of the musical instrument market.

Go ahead, just make music on your iPad. It’s cleaner and easier.

Believe it or not, we still exist.

The band is on it’s 4rth incarnation, however, we continue to trek along and the line-up contains more founding members than you might think after 20-odd years making music together.

A brief history of Saucer: 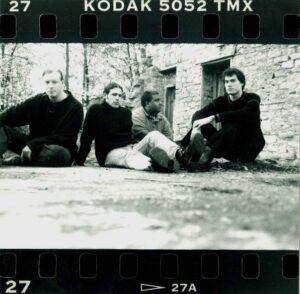 Formed in Waterloo in 199<coughs>…we had dreams of conquering the world with rock and roll.  Well…we enjoyed being creative and making noise together and after some initial success (winning UWaterloo Battle of the Band as well as making an appearance on 1997’s CFNY’s New Music Search CD) we migrated to Toronto and cut our teeth on the local music scene. 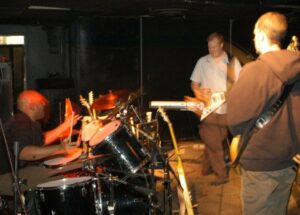 Aaron departed and the band continued as an instrumental power-trio.  At the time this was an extremely strange configuration for a band, however, having blazed the trail, we realize we were pioneers of an un-named genre charitably described as being “not-entirely-obscure”.  Hipster cred before it was cool! 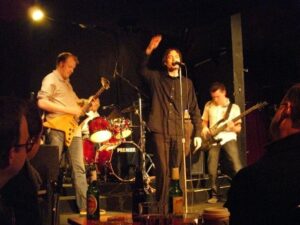 Alex departed to perform in and tour with the Warped 45s, Aaron came back and we recruited Michael on Bass duty and kept playing music with re-added lyrics. 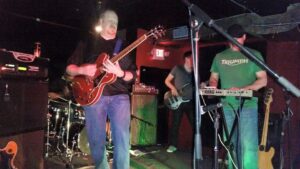 Aaron left again, and Alex, now a talented multi-instrumentalist, returned.  Having redundant bass players is a many splendorous and not entirely needed thing, so Alex is also playing keys and guitar as well.  HE’S AMAZING.

We’re all older.  Most of us have children.  In fact Jay is the only one without children, so when you see him, make sure to ask “HEY JAY, WHEN ARE YOU HAVING KIDS? because if our years of experience in rock and roll and life has taught us anything it’s that people love being asked that.

Recorded at The Cameron House.